March 26, 2018
There is a perennial search for free or cheap video editors for participatory video and digital storytelling.  The holy grail would be something that is intuitive to use, but has enough features so that participants in projects and workshops don't outgrow it in 20 minutes.  Something that wasn't so quirky that I get frustrated enough to bite myself while I'm working it out would be good to.

On iOS, iMovie is a reasonable start, especially if you have something else to edit the audit on.  On Windows, MovieMaker wasn't all that great and now has became so simple it's near useless.

I've often used or recommended the consumer versions of software, as they're set up for people learning to edit and concentrate on a core of features which are implemented to support satisfying results - pretty much what we're aiming for.   I personally quite like Sony Vegas Movie Studio, because it's the same interface as the pro edition so once you have the hang of it, it's not a big transition to something with more power.  I also have a soft spot for Magix, because that's what I did my first big edit on.

There are plenty of others.  The main thing is to do a little research, and perhaps try out a trial version.  You need a feel for which of the current versions is reasonably easy to use and has a nice balance of features for the project you're working on.

There are also outliers like WeVideo, which is what the folk at the Storycenter use for the workshop.  It's in about in the right zone, but does everything on the cloud - ie it needs a broadband connection to work.   Fine in the Bay Area of California.  Not so easy in rural Malawi.  Not practical here in Cape Town this week where variations on "loading" were far too common a feature.

So for this workshop we're going to try something new that looks promising.  There are two open source editors I hadn't seen before: Shotcut and Openshot

Of the two, Shotcut looks to me like the slightly easier to use.  However it doesn't support keyframing and that's pretty essential for putting motion onto photos.  I just worked out how to place a photo on the left side of the frame, leaving the right frame transparent to a video layer underneath.  Well doing that was quite easy, the bit that took working out was how not to set up a keyframe animation across the photo while previewing it.  Then I discovered that once I had it set up properly I could copy and paste the clip position properties to the next photo in the list.  This is going to be very helpful for one of our ideas for presenting the stories that are being constructed.

Openshot is available for Windows, Mac and Linux, but in Windows there is no 32-bit version.  Not a big issue in Windows 10 as most computers are 64-bit now, but potentially a problem if people are using older versions of Windows.   I don't know how stable it is, but we're going to find out tomorrow.

Anyway - time for bed.  That was a long day and there is another to come. 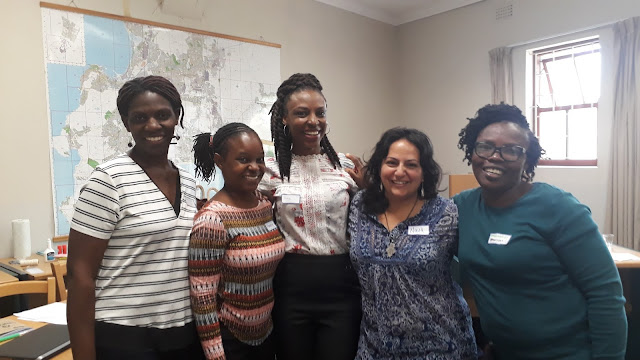 Showing up at a week-long workshop with loads of expectations is normal (at least, for me) but having those expectations exceeded on just the first day??? Whoop-whoop! From energising exercises to stories that touch the heart, Day One has been as filling as a richly stuffed sandwich.
Okay, I can’t even begin to describe every ingredient that made me relish this sandwich – there’s just too much to say and although I’ve got the feeling you might enjoy reading the long narrative, I’ve also got to go to bed early to catch up on sleep missed because of a long, unpleasant flight. So, let’s settle for only a peek, shall we?
First, the people. Carefully selected and incredibly fantastic to engage with. The sense of community in diversity was at once unmistakable.
I don’t think I have ever opened up so much about myself to so many different people in such short a time! The term, ‘welcome’, that we were all asked to write on this sheet in our different languages at the beginning of the day quic…


There are many easy ways not to break eggs.  Forming a team to drop an egg safely from 2.5m using a set of materials provided by Joanna isn't one one of them.  especially when you only have 15 minutes and you have to come up with a name for your team too.

The result was 4 different ways to break eggs.  I think it was a bit harsh to drop them on concrete, but that's what we had and now the kitchen have the makings of omelettes.  Or  as it turned out egg-coated hale which was even better. 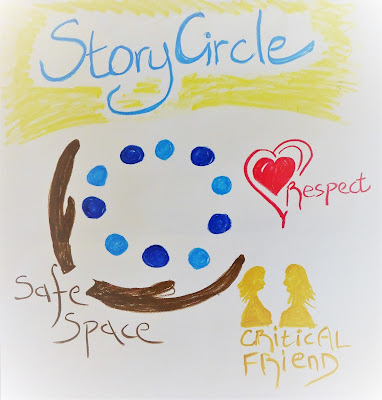 Yesterday afternoon we started our first story circle.  This, for me at least, is the heart of digital storytelling and other storytelling approaches.   The public performance of a story can give a focus and a discipline, but its not necessary.  Whtat gives power and voice and a sense of being heard and valued is shaping the  way you're going to tell your story in the company of a group of others.  Of having the space to tell parts of it and bits and pieces of other stories and things that make sense and things that don't.  Space to speak and space to listen and think and reflect.
The result is something that came through very stongly in the reflections this morning:  Variations of "I had no idea I would tell people I'd only just met the things that I did".  Stories compel and what I like about good processes is that they compel us too.  It would be harder to go through that alone, and so I appreciate the circle and the stories that come there.